The Vestal Virgins were among the most important individuals in ancient Rome. They were priestesses of the goddess Vesta, whose hearth was always lit. Their privileges among women of the day were many. They were able to own property and did not have to bear children, they had the best box seats to any event, they had the right of way in the streets, they had personal bodyguards and they had the ability to free slaves and prisoners with a mere touch or command.
We know a lot about the Vestals but we don't know much about what their hair looked like under the elaborate headdresses they wore. Janet Stephens, a Baltimore hairdresser and amateur archaeologist became fascinated with a statue she saw of a Vestal and decided she would find out. It took her seven years of research and now she believes she's figured it out. Take a look:

For more ancient and historical hairstyles, definitely check out Janet's YouTube page to see how you too can create such classical looks.

A little while ago I showed you some photos of an incredible miniature of the ancient Roman Forum. Here's an amazing 3D rendered video of the Forum. Talk about sparking... 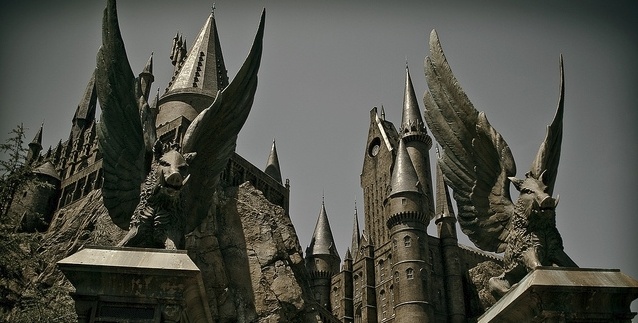 To follow up on yesterday's rejection post, I thought I'd share some wonderful inspiration from one of the most successful writers ever -- J.K. Rowling, giving a...