The Romans are known to take off their sandals, and walk in their bare feet while making a sign to ward off evil. This gesture is called mano fica (literally "fig hand").

They would then clean themselves with fresh water and throw black fava beans (or spit black beans from their mouth). Looking away, they would say, “These I cast; with these beans, I redeem me and mine."

By throwing away beans and what they symbolize or contain, ancient Roman's believed they were removing potentially dangerous spirits from their home. According to Ovid, the spirits would follow the beans and leave the living be.

Black fava beans were also symbolic to the goddess of the Underworld, Proserpina (whom the Greeks called Persephone), to her husband Pluto (Hades), and to the Fates themselves.  But beans held other significance even further back, with the Egyptians.

As a result of their magical reputation, it was taboo for priests to consume fava beans. Instead, they functioned as symbolic offerings to gods. Pharaoh Rameses III offered 11,998 jars of fava beans to the god of the Nile. Herodotus claimed some Egyptians were not only prohibited from eating the beans but were also restricted from even looking at them. Due to their usage in religious ceremonies, priests may have had an abstinence only policy regarding savoring their tempting flesh. As a result, fava beans were not just a magical fruit but also a forbidden fruit in which priests were required to exercise a form of self-denial. In other words, these priests were in denial, and we’re kind-of sort-of talking about the river in Egypt (from Scientific American).

In the late 1800s, Italian businessman and author, Pellegrino Artusi, decided he would dabble in the realm of cooking, developing a "scientific" cookbook, of recipes that had been well-tested, and came from areas all over Italy, the first to ever do so.  For this contribution he has long been recognized as the father of modern Italian cooking.

In his cookbook, La scienza in cucina e l'arte di mangiar bene  (Science in the Kitchen and the Art of Eating Well), published in 1890, he includes a recipe for Fave alla romana o dei morti (Beans of the Dead, Roman Style).  Artusi tells us about the importance of the fava bean to the Egyptians and ancient Romans, but he also mentions that:

Festus [a roman provincial governor A.D. 59-62] tells us there's an unholy symbol hidden in the blossom of the fava bean that signified grief, and the custom of making offerings of fava beans to the dead is one of the reasons, supposedly, that led Pythagoras to order his followers to avoid them. Another was to keep them from becoming entangled in affairs of state, since fava beans were used to cast ballots in elections.

Artusi delights us with a sweet version of this tradition. These rustic cookies are simple, but delicious, not too sweet,  and a little hard on the outside like biscotti, but softer on the inside.

My current work-in-progress is a wild retelling of the myth of Proserpina and Pluto, set in post-WWII Italy, and in one of the scenes, my characters snack on the "beans" from Artusi.

Artusi shares three recipes for these cookies which vary just a little from each other. I went with his first recipe and chose to use orange-flower water. This recipe comes from Italianissimo, the first English version of the Artusi cookbook, translated by Elisabeth Abbot in 1975.  I've modified the recipe instructions for the clarity of a more modern audience.  These little morsels would be an excellent accompaniment to a little sweet wine. 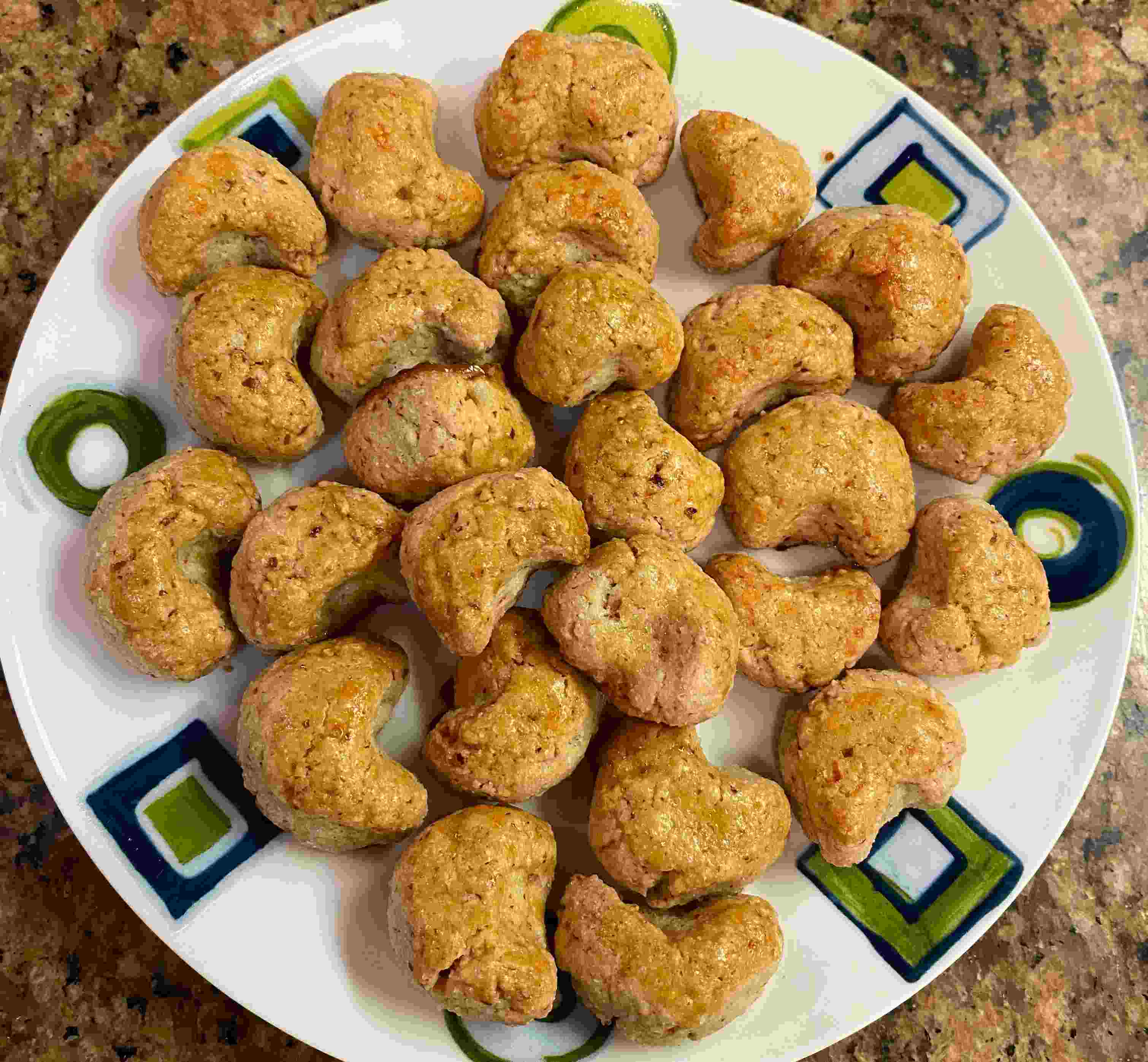 1. Shell the almonds and pulse them in a food processor with the sugar to the size of half a grain of rice.

2. Create a well on the table with the flour  and put the almond sugar mixture into the center, along with the other ingredients. Carefully add the additional ingredients and shape it all into a rather soft dough, adding a little rosolio or brandy as needed (I probably added 2 tablespoons in total).

3. Then make the batter into little pastries shaped like a fava (a broad bean) and place them on a cookie sheet with a silpat or with parchment paper.  This will give you 60-70 "beans."   Gild them with the yolk of one egg.