As you may know from either reading my blog, following me on social or being one of my friends and acquaintances, I'm currently seeking representation for my novel, FEAST OF SORROW. The novel, set in ancient Rome, is about Marcus Gavius Apicius (hear the pronunciation here) , the man with his name on the oldest known cookbook. The story, told through the eyes of the cook that makes him famous, is a turbulent and tragic story of a family in peril as a result of Apicius' ever-growing ego. It's a story full of luxurious food, drama, violence and political intrigue.
The novel is historical fiction, but because of the time period in which it is set, it's essentially genre fiction, that of ancient Rome. Many of the novels set in ancient Rome tend to be mysteries, which my book is not.  Lindsey Davis, Steven Saylor, David Wishart and Robert Harris (all fantastic authors!) come to mind.  Other books in the genre tend to be very heavy on the war and/or politics, including a few stand alone novels by some of the previously named authors, but also by others such as Colleen McCullough, Michael Curtis Ford, or Allan Massie.

I know my book doesn't really fit into either category very well, and I'm okay with that. I think of it more along the lines of the type of book that Lavinia, by Ursula K. Le Guin. Or even better, the wonderful book by Jesse Browner about Petronius, The Uncertain Hour. Petronius wrote the Satyricon, which is considered one of, if not the very first, novel ever written. The Satyricon is a wild, bizarre book full of all kinds of sex and drama, but also crazy banquets of food. I have always wondered if Petronius modeled his banquets in the Satyricon after the banquets the real life Apicius was rumored to have held. Browner's book about the last hours of Petronius' life (he was forced to commit suicide by Emperor Nero) is luscious, delicious, tragic and memorable, qualities which I think my book has.

At last year's Grub Street Muse & the Marketplace conference, I had very positive feedback and interest from an editor who is essentially one of the top editors in the Roman fiction genre, for one of the big houses. Unfortunately, the press he's at tends not to accept unsolicited manuscripts which means I need to find an agent. I've only farmed out my novel to a handful of agents, one who didn't feel she was the right fit to represent the novel, one that took it but I never heard from again and another who wrote me back yesterday with a very kind rejection, which I found both surprising and intriguing.

The agency and agent I'll leave unnamed, but it's a good, prestigious agency. Part of the rejection:

Some of us (including me) love the story and think you’ve dramatized Ancient Rome in such a nice way, and I especially love all the foodie details. But some of my colleagues felt that the story was too male dominated to succeed with the readers of historical novels, and that, for male readers, the plot should be more genre based.

So this is a conundrum. Although based on what I just told you up above about the genre, I suppose it shouldn't be surprising. It's also sad, not because my book doesn't fit in, but because publishers have pegged readers into two categories -- women who want historical fiction romance novels and men who want hard, serious, political or war novels.  The rejection, thankfully, had didn't seem to have much to do with my writing or my ability to tell a good tale, but more about the publishing industry and the state in which it's in. They don't want books that straddle the line. They want books that will make them money and make it fast. Which means they want formulaic, tried and true. They know women want romance in whatever guise it might be in. They know men like fighting, manly displays of power and boobs. It's rather insulting, but sadly right in many ways.

But not in all ways. Writers break through the genre mold all the time--both the Le Guin book and the Browner book are perfect examples.

But Crystal, what do you mean, the "power" of rejection?

I welcome meaningful rejections like the one I was sent yesterday. I learned and reinforced my understanding of a few key things:

I learned a lot--about my book, about the expectations of an agency and what the publishing industry will find worth purchasing. THAT in my mind is where the power is--in the knowledge. I can only continue to grow when I take this kind of information to heart.

Next up, more querying, including two agent meetings at this year's Muse & the Marketplace. I've got a deadline in mind for finding an agent. And if I don't, I'm going to take all that incoming feedback and work with a professional editor to figure out what changes I may need to make. Then more querying...and if, after another specific deadline that doesn't work, off to the self-publishing route I go.

I feel really good about all this. Terribly good in fact. I wasn't crestfallen when I received the rejection, although I had been oh so hopeful. Instead I took it in, added it as an arrow into my quiver and fuel for how I'll rock it in the future.

Besides, the good thing about being a Gemini is that I'm already off to the races on the next book, which will have a bit more romance and may fill the stereotypical historical fiction package better than FEAST OF SORROW. I am so excited about the new novel and extraordinarily hopeful about the future of both books. The rejection is just a little pebble on the path toward landing all my books on the shelf. I know this might just sound like a big self-pep talk, but I'm being very honest when I say these things. I really do feel excited about where my books will go. I feel calm about this whole publishing process.

Part of it is that I've watched one of my writing group partners, Anajli Mitter Duva, go through the whole headachey process, seeing her book rejected over and over because while breathtaking and beautiful, it's "too literary." In other words, it's a brilliant book but publishers don't think it will make them money. So the message I received in my rejection sounded familiar in oh so many ways. Yet, despite the rejections, there are so many options for us as writers. Anjali is exploring them, and I will explore them too if I don't find that magic agent/editor connection.  Because of I know, beyond of a shadow of a doubt, I will walk into a bookstore some day and see my novels on the shelves, or turn to any Internet bookstore and be able to purchase with the click of a button. I already know that will happen, so that's not much to worry about. It's just the figuring out how that will happen, through a traditional publisher, or through my own hard work and elbow grease. 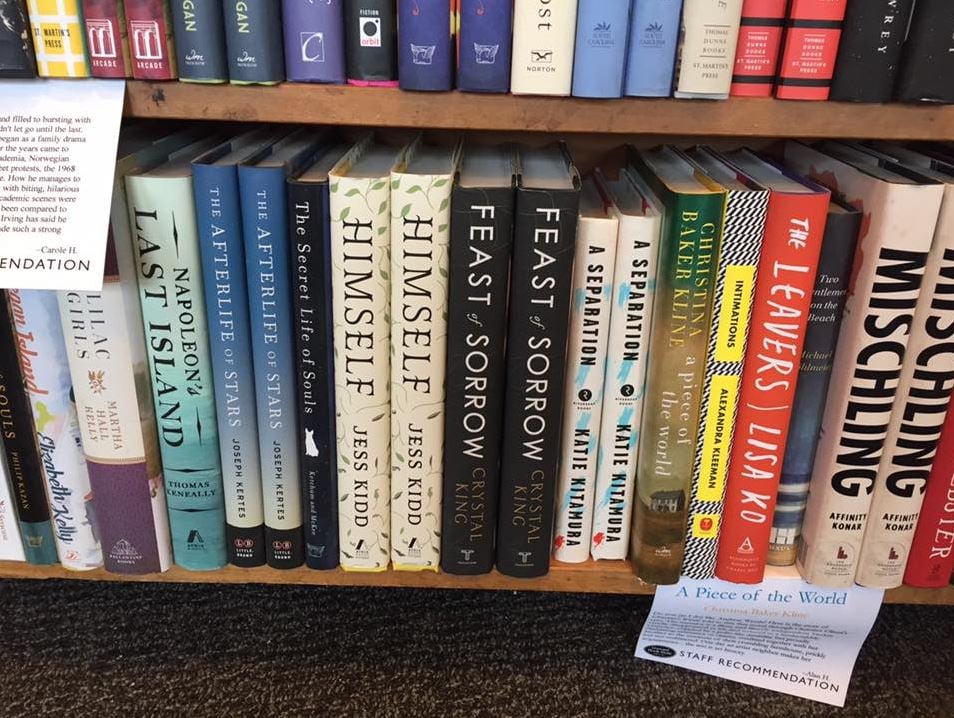 I began writing FEAST OF SORROW in 2007.  I had about five or six chapters when I joined Lisa Border's Grub Street summer Novel in Progress class and began workshopping...

I came across these awesome literary inspired t-shirts over at Meanfellas. They have a whole bunch but these are my faves: