My 2015 New Year's Resolution of reading 52 books in 2015 is complete! I even did better than that and read a few more too.
60.  Slade House - David Mitchell  Ending the year with Slade House was a good decision. I slurped it up in about two nights of reading--it was that good. It's one of the most unusual ghost stories that I've read. Mitchell toys with point of view in the most artful of ways and his method of telling the story across the decades is equally masterful. I didn't find it to be a scary story, just one that kept me wondering what on earth might happen next.

59.  Vintage - David Baker  I was gifted this novel towards the end of the year and was very glad to have the chance to read this book. It's a wonderful humorous tale of a washed up journalist that finds a very special wine cork, one that he thinks might help him re-invent his career. It's a tale of food and wine and travel and interesting characters. If you love wine you should snatch this one up ASAP.

58. SPQR - Mary Beard -  Beard is one of my heroines in the world of ancient Rome. She is probably the most famous classicists alive and for good reason. She knows how to turn complex, detailed history into accessible, digestible stories for anyone who has an interest in that time period. If you want a taste of what you are in for, give her NPR Fresh Air appearance a listen.

56. Girl Sent Away - Lynne Griffin - Lynne is a fellow Grubbie and someone I've known for a few years, but I've not had the chance to listen to her do a reading until this book came along and I attended her launch at Porter Square books. She can tell a story, both in person and on paper. It's an emotional book and an interesting look at camps that you always hear about for troubled teens--the adventure camps that promise to turn them from their misguided lives into respectable young adults. Unfortunately, and as was the case in this book, all too often these camps are money farms and perpetuating problems tend to be more lucrative than solving them. Lynne shows us this world through the eyes of a father and his daughter in what is a riveting piece of fiction.

55. Belly of Paris, (Les Rougon-Macquart Book 3) - Emile Zola I found this book on a list of books for food lovers and despite the fact that it is book 3 in a series of 20 novels, I decided to give it a go. The book easily stands alone, thankfully, and it is titled "belly" with the double-entendre in mind, that of a food-filled, or hungry belly, and belly as the underside of Paris. The book is so full of food descriptions that at times it is nearly overwhelming, particularly in scenes related to the fish market. It's about food and politics, about the rich and the poor, the hungry and the fat. If you are a food lover, it's worth picking up. 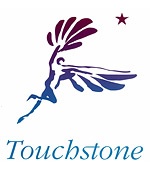