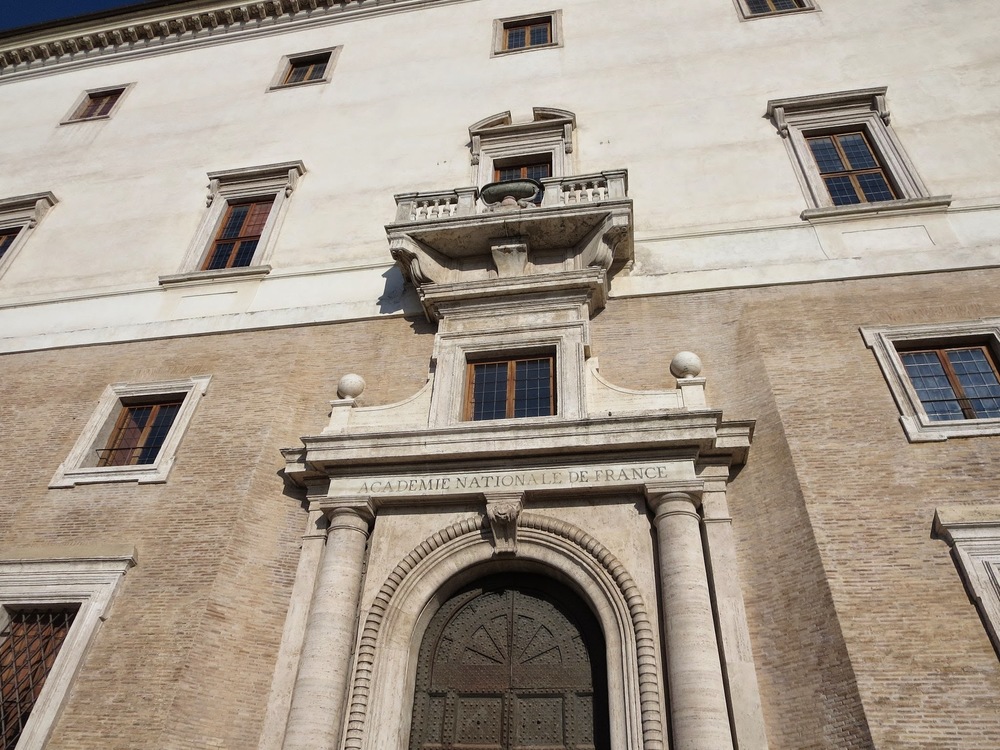 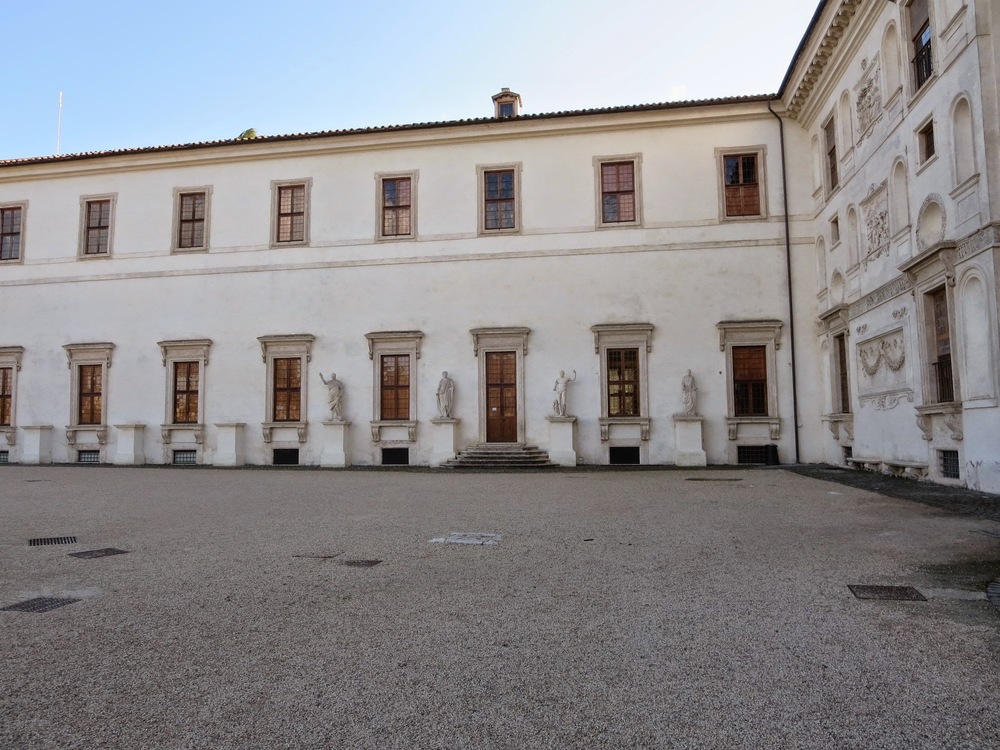 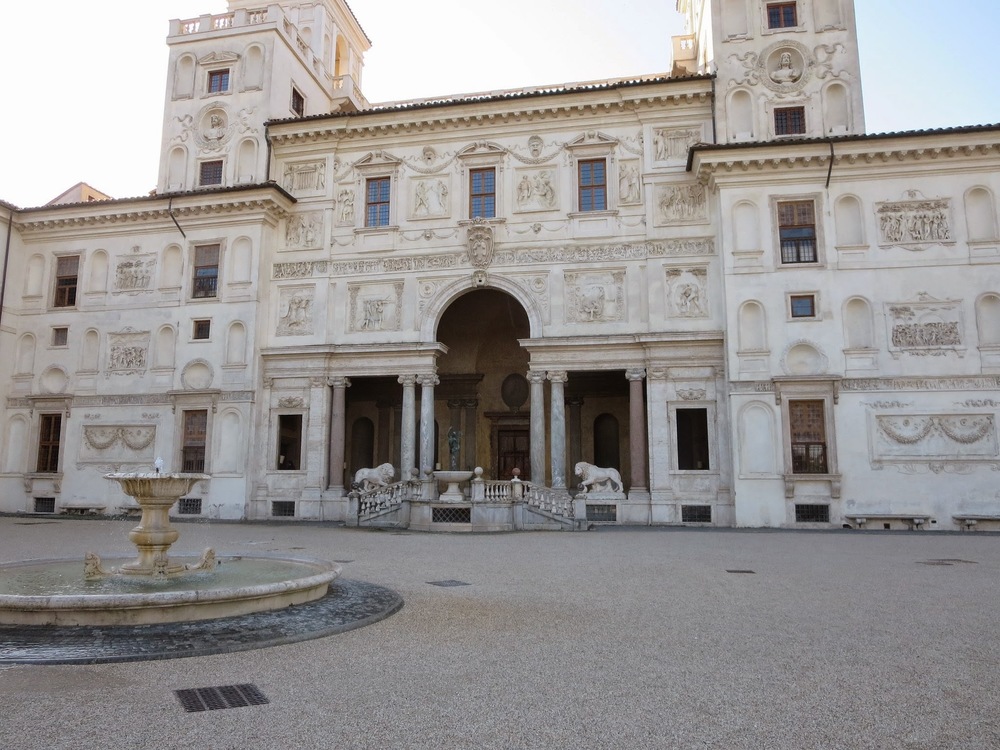 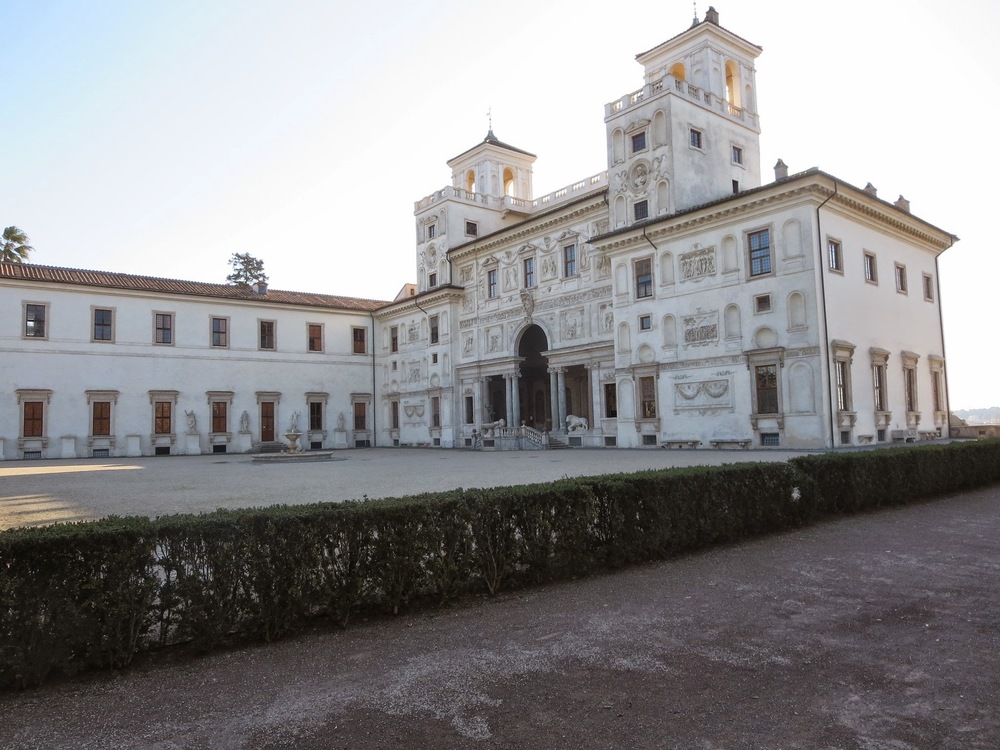 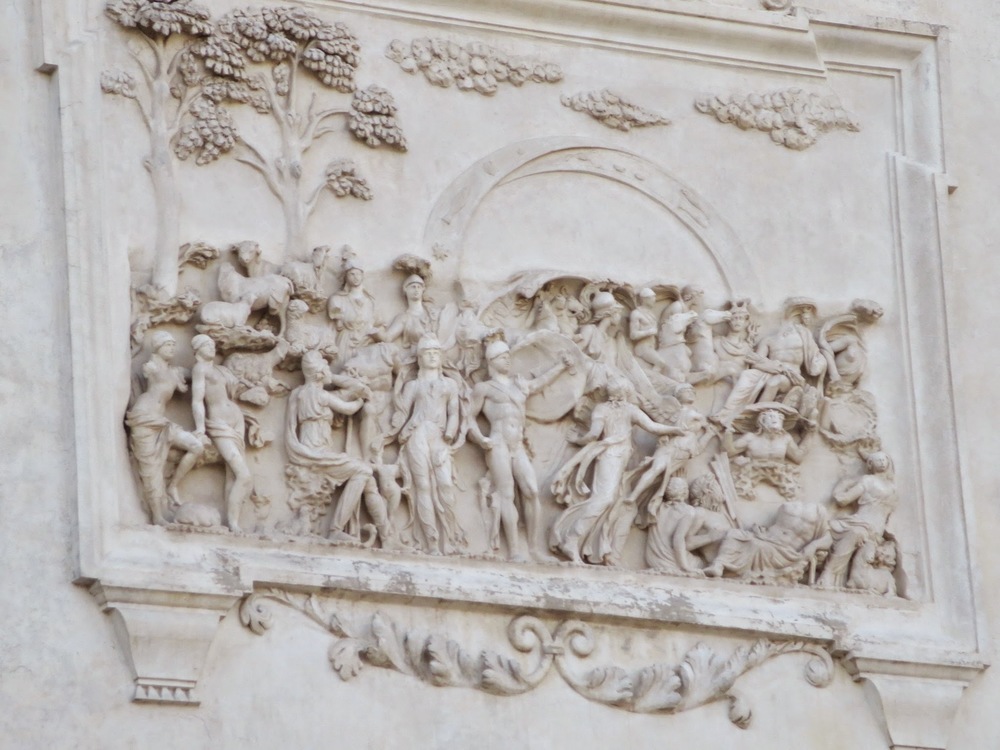 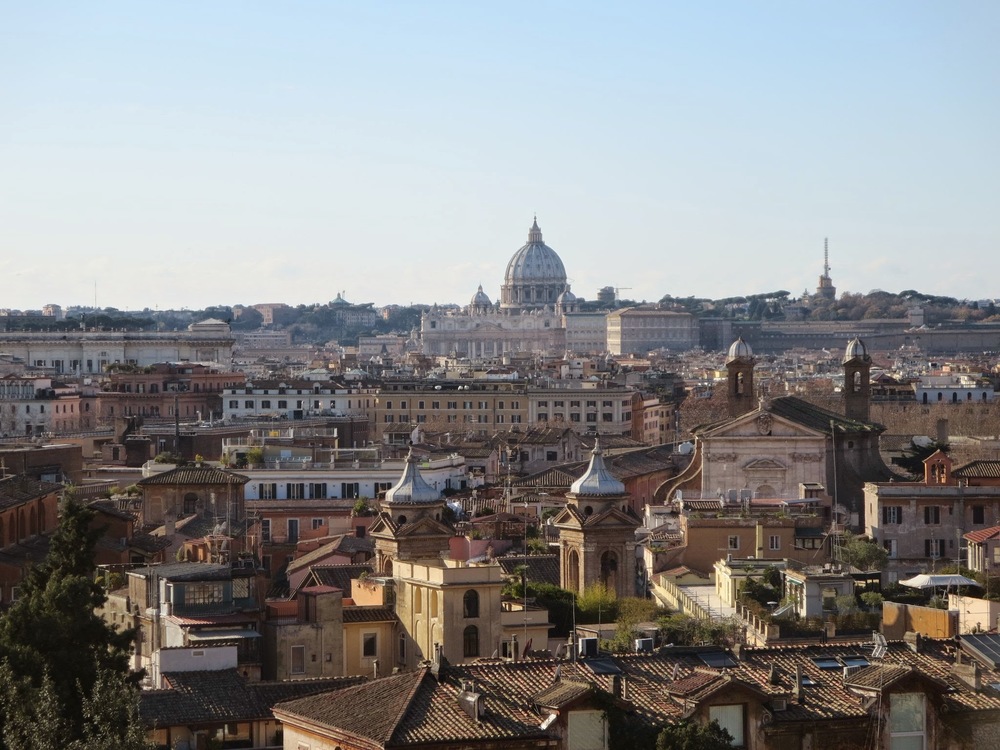 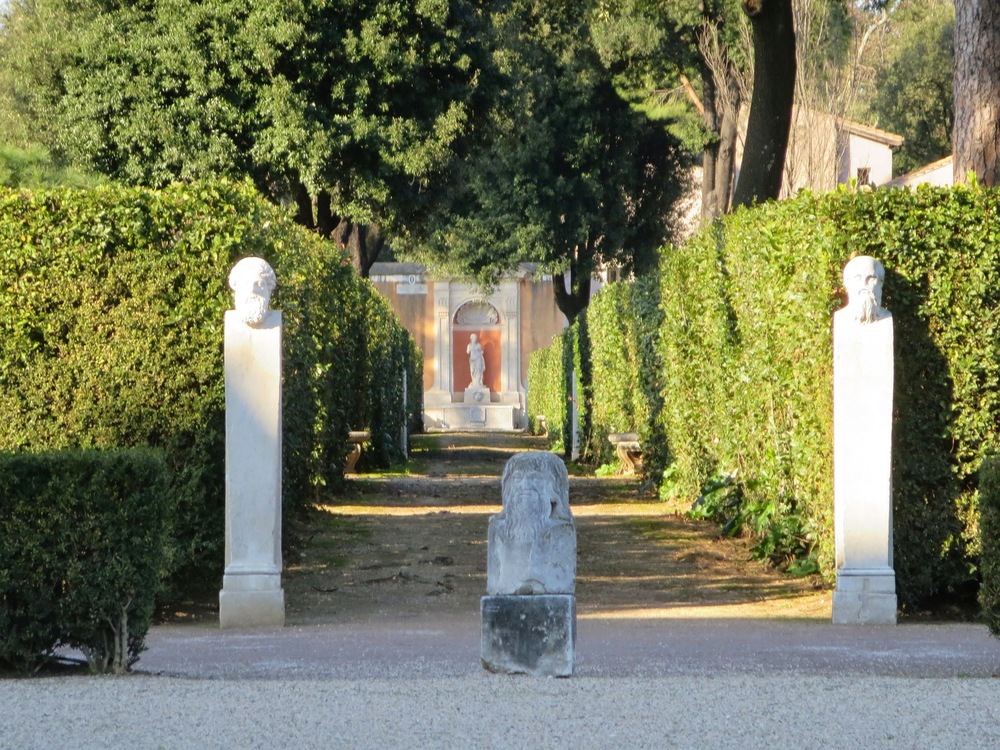 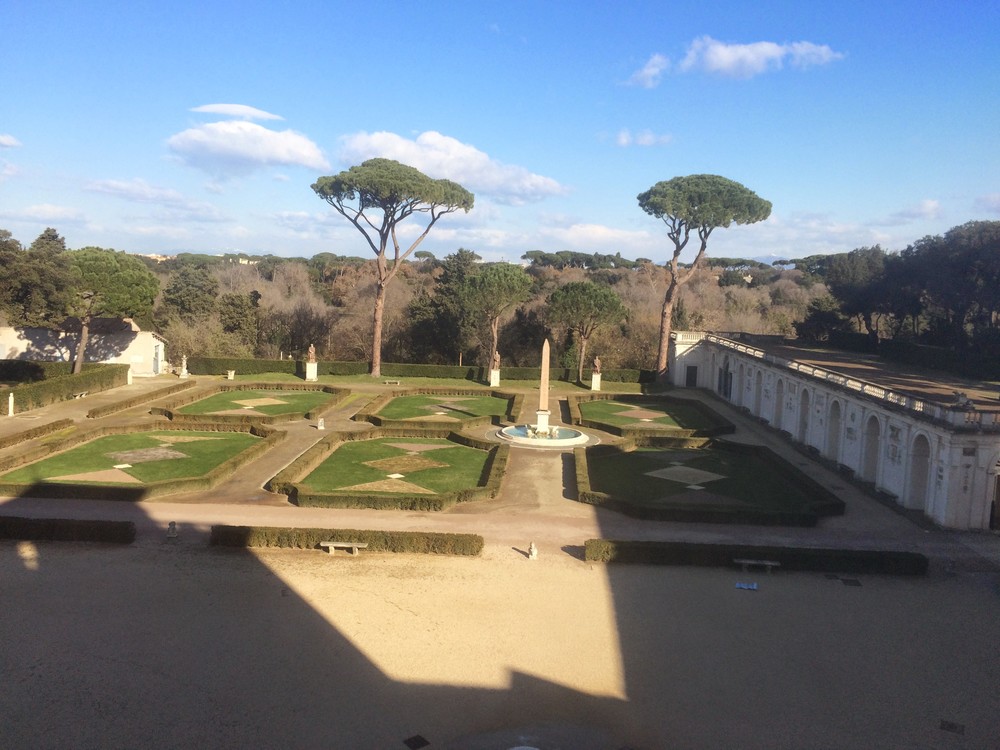 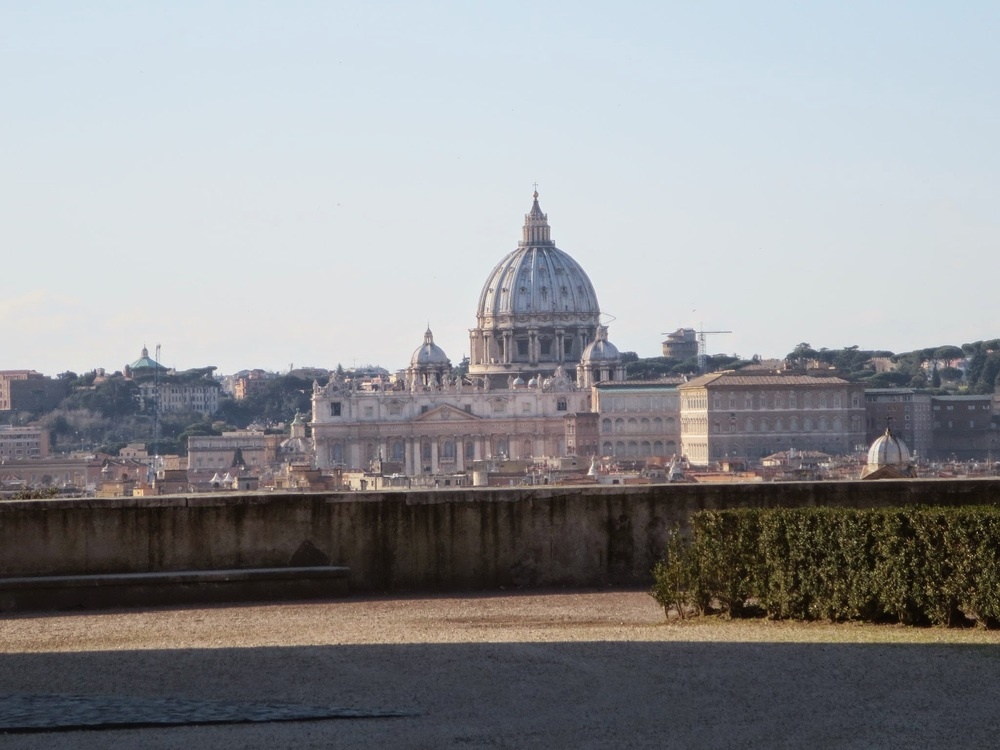 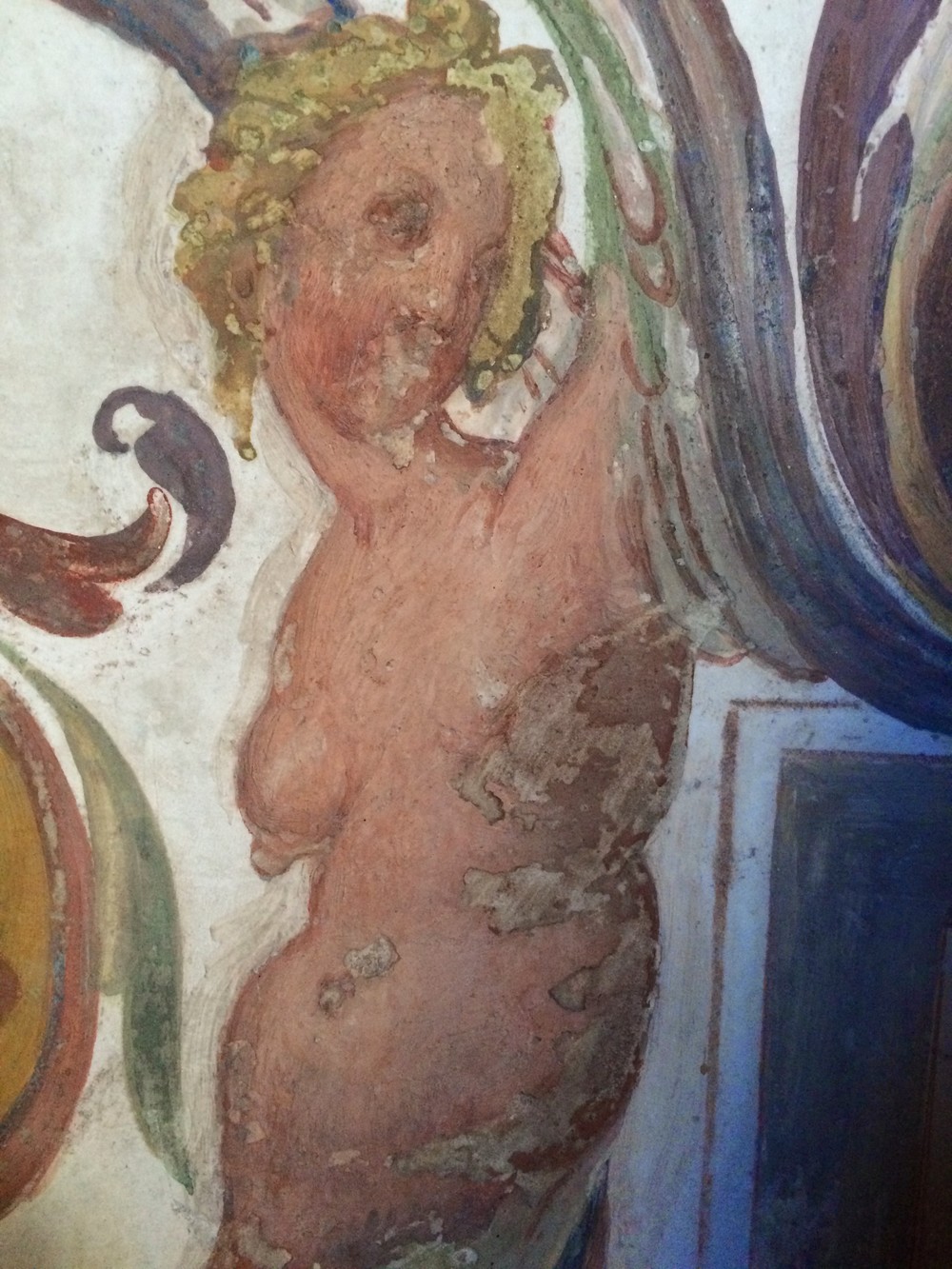 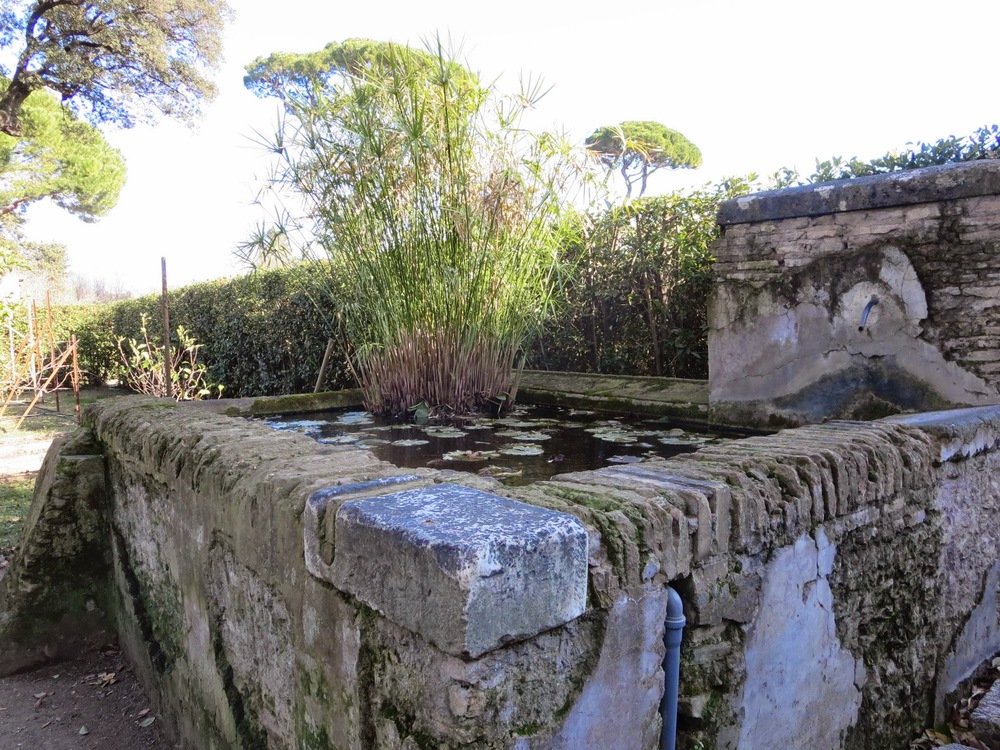 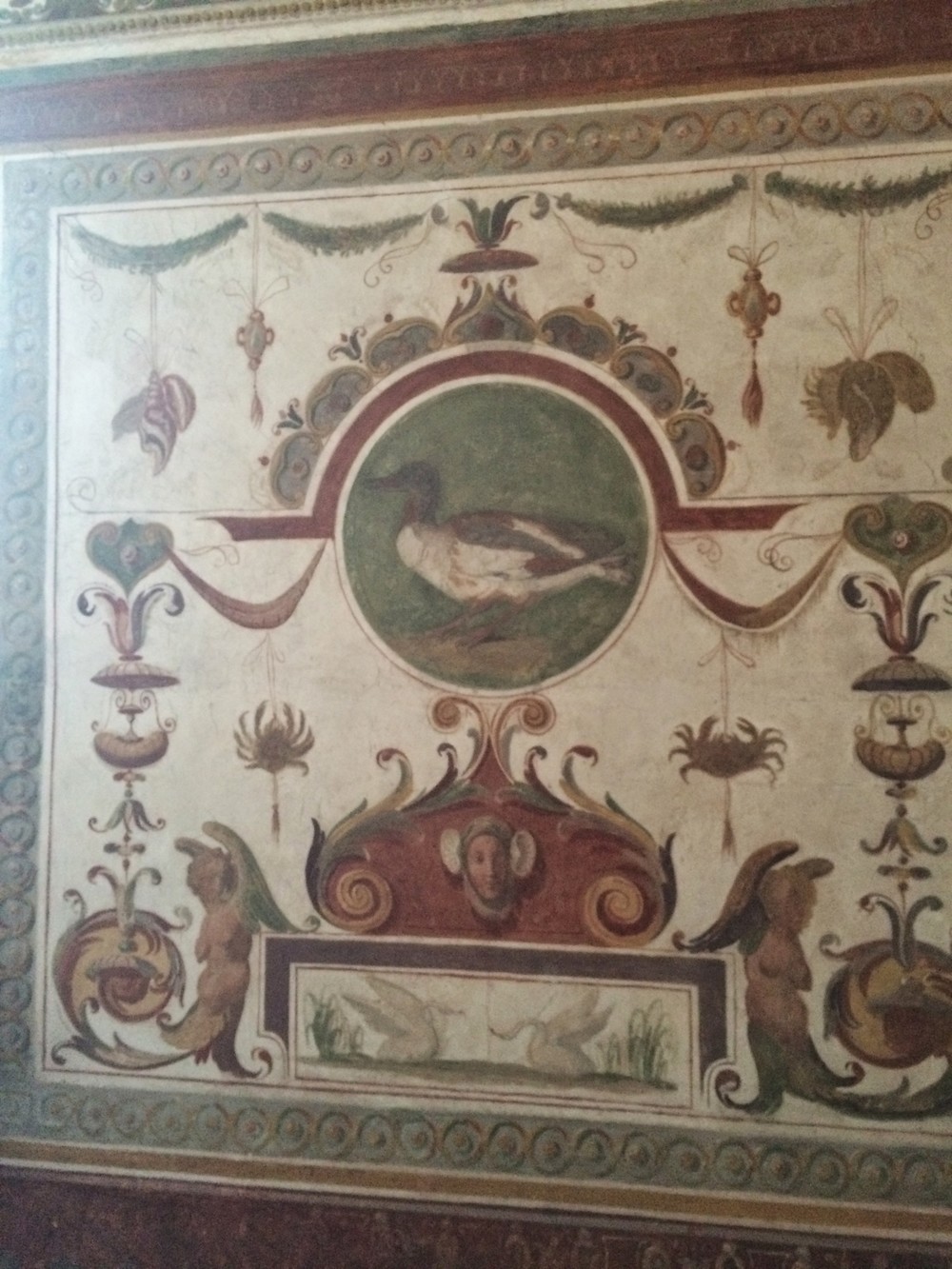 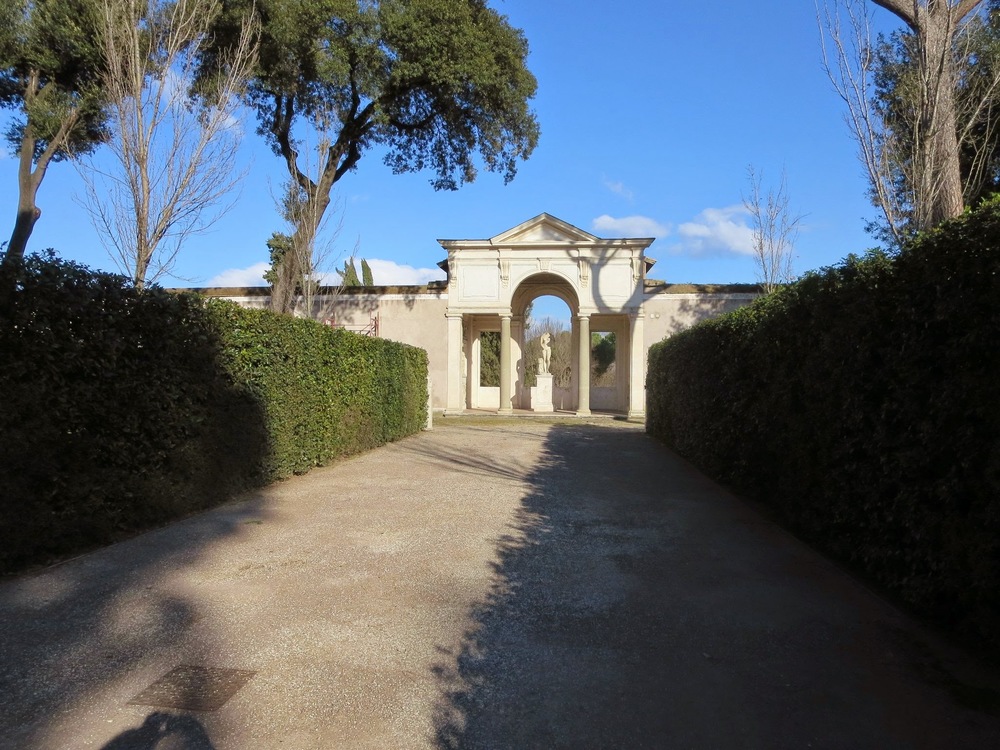 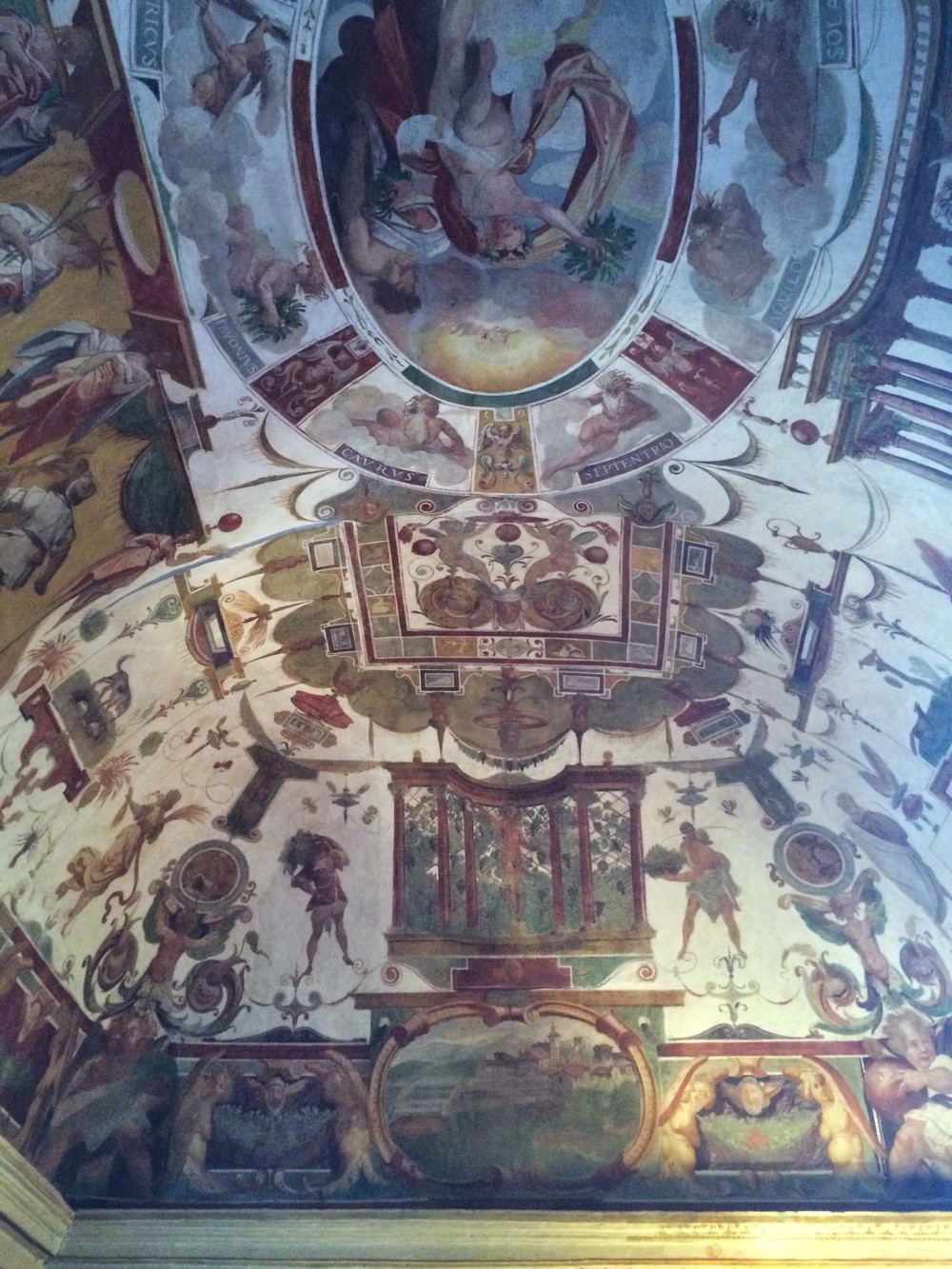 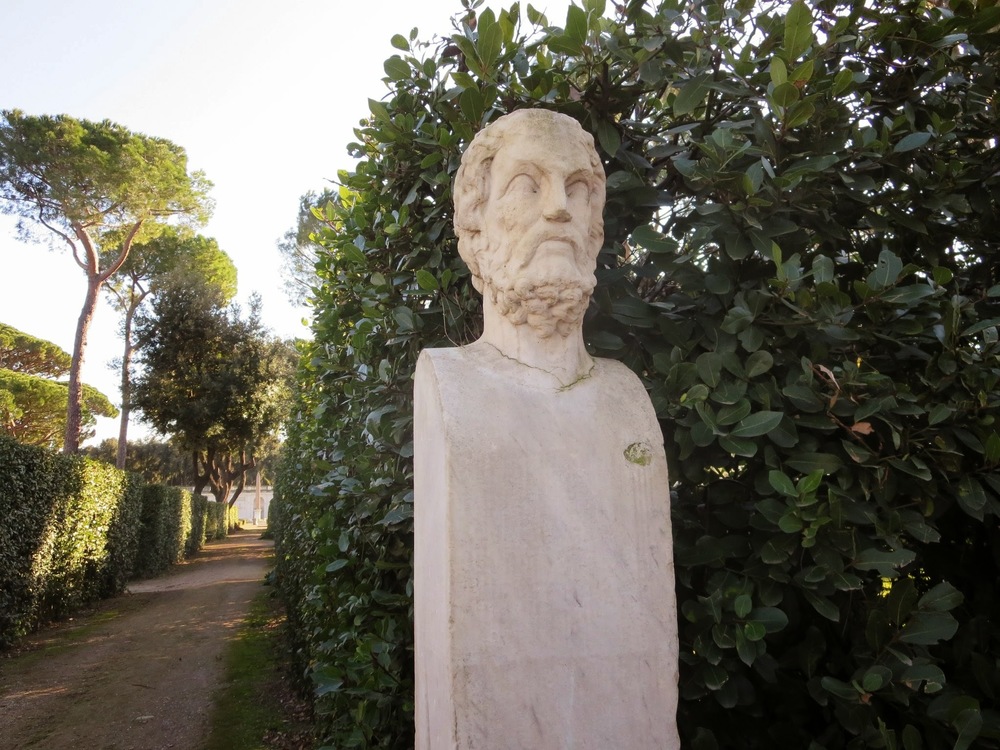 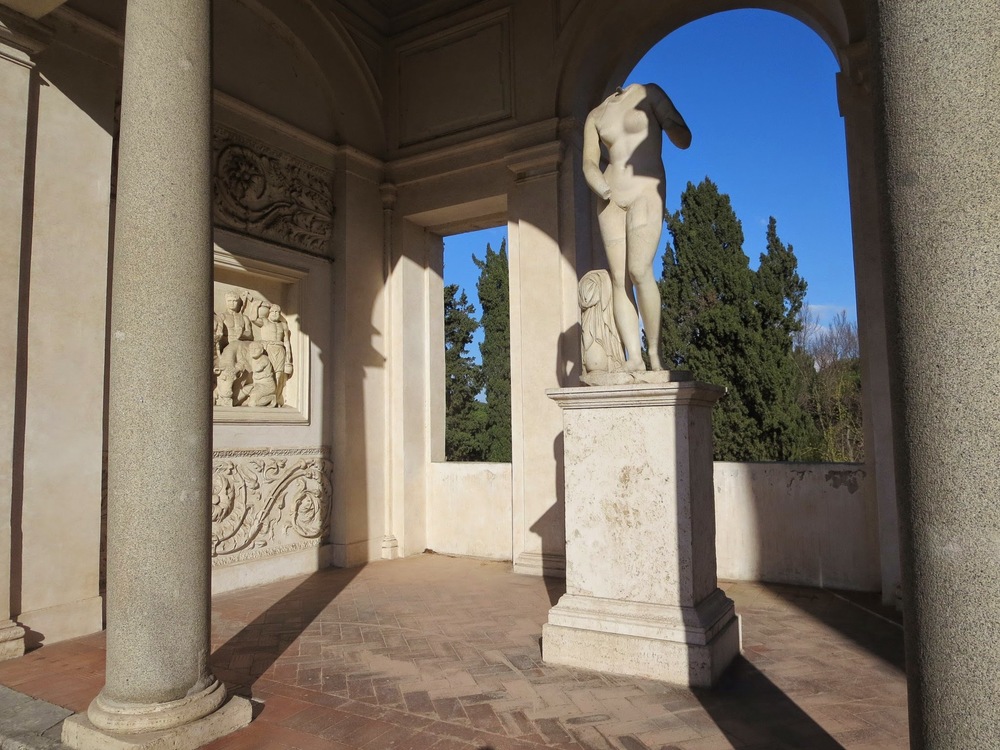 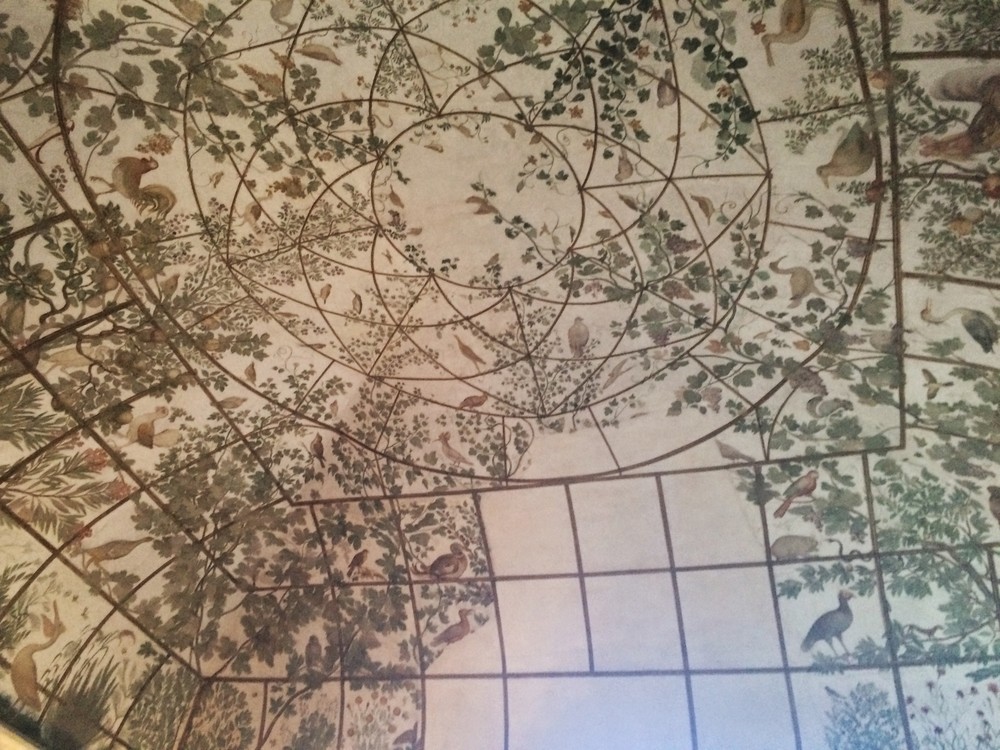 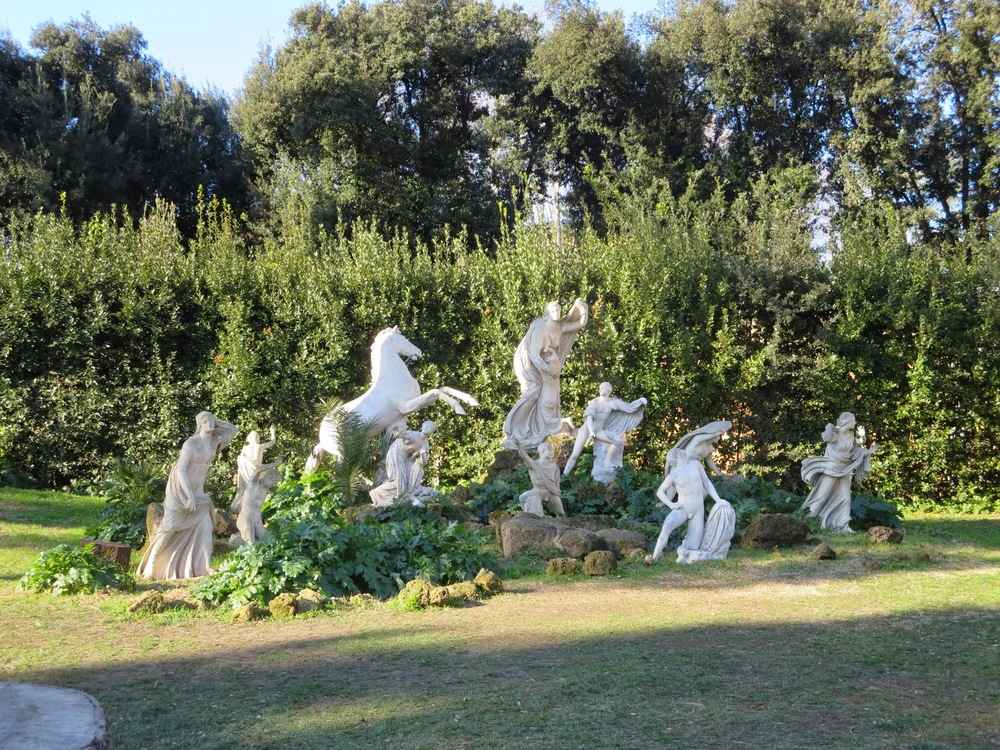 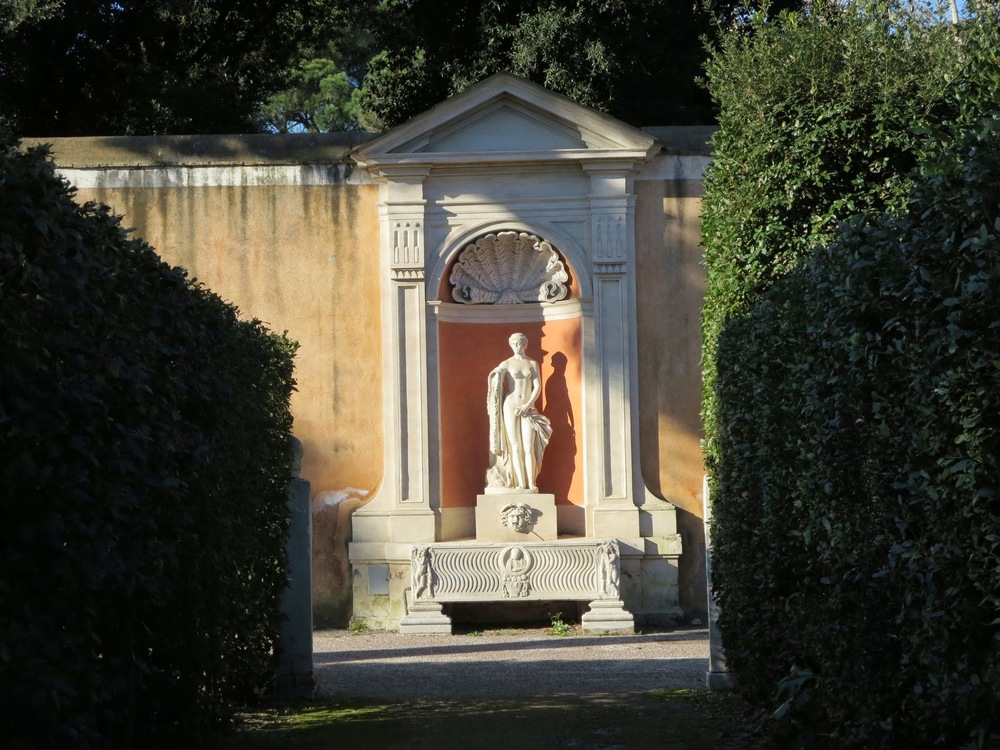 If you climb to the top of the Spanish Steps in Rome and go north, a three-minute walk along the edge of the Pincian Hill will take you to the spectacular Villa Medici. Its entrance is rather unassuming. You arrive after following a wall far too high to see over, and when you reach the door, above is a sign for the Academie Nationale de France. We had walked by it during different visits without knowing what lay behind those doors. The Academy has been in that building since 1806 when Napoleon moved it there from its location in another villa. It's been a home to French artists in Rome ever since.

In ancient times it was the site of a patrician villa owned by Lucius Licinius Lucullus (try saying that three times fast) who planted a magnificent garden in the style of many famous Persian gardens. Years later, Claudius Caesar would have his Empress Messalina executed there after he uncovered her plot against him.

In 1564, the nephews of Cardinal Giovanni Ricci of Montepulciano took over the property which at that point held only ruins and vineyards. In 1576 Cardinal Ferdinando de' Medici bought the villa and turned it into an incredible palace with gardens that reminded him of those of his father, Cardinal Cosimo I de Medici.

Unfortunately, visitors are not able to take photos inside the villa, and they aren't able to see more than a portion of it since it is still in active use by the Academy. But the gardens are a free-for-all. I also managed to take a few surreptitious photos of the frescoes in the little studiolo at the back of the property where more than a few clandestine affairs took place.

The gardens are breathtaking with long winding paths, an area where the Cardinal could go hunting for birds, hundreds of statues of philosophers and mythical scenes, a few different fountains and sweeping views of Rome and of the Borghese. The ornate facade you see in these photos is indeed the back of the house, not the front. Note the famous Medici lions at the top of the stairs.

The Villa Medici was the main Medici seat in Rome for over one hundred and fifty years, until the line died out in 1737 when it fell to the House of Lorraine.

In the book I'm working on, THE SECRET CHEF, I imagine this villa as a place where my antagonist resides for a period of time as the head chef to Cardinal Ferdinando de Medici. I imagine many big banquets held in that plaza, lavish and well attended. Guests could gorge themselves on a variety of delicacies and take long strolls through the garden between courses. What parties must have been held there back in the day!

If you go to Rome, it's a site not to be missed. The ticket includes an hour and a half guided tour. From the Villa's site:

The Villa Medici's guided tour lasts about one hour and a half and allows the discovery of its treasures, its history, its architecture and its works of art's collection.The journey starts with the description of the inner facade turned towards the gardens, with the Romans' bas-relief, the refined copies of antique statues, Giambologna's Mercury, the contemporary sculptures and the symbols linked to the Medici's history. The visit then proceeds through the Loggia, emblematic image of the Villa, and with the Bosco's studio, depicted in a famous painting by Velasquez. The visit continues with the gypsotheque recently opened to the public and the fountain created by Balthus from casts of antique sculptures, the Niobides' square. The walk ends with the discovery of the extraordinary panorama on the Eternal city from the belvedere. The guided tour includes the visit of the Cardinal's apartment.

You'll want to plan your visit because the tours are held at specific times for different languages. More details on visiting the villa are here. 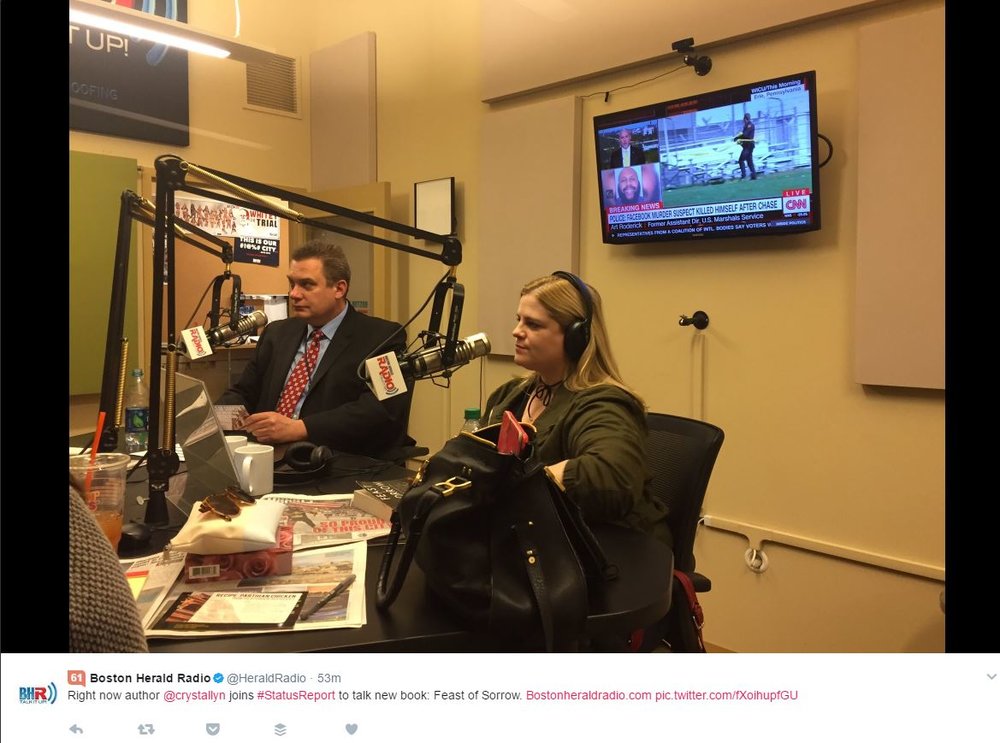 Yesterday I had the great opportunity to be on Boston Herald radio! I had no clue they snapped a photo. :-)